Everything SGI and TEPCO

Some executives of TEPCO are Soka Gakkai cult members. Many Soka University graduates join TEPCO. That means TEPCO has a strong relationship with SGI


9. "SGI shall promote, based on the Buddhist ideal of symbiosis, the protection of nature and the environment."

Soka Gakkai, the religious organization and parent organization of the Komei Party, publishes a newspaper Seikyo Shimbun, in which Tokyo Electric Power Co. (TEPCO) used to run an advertisement every summer between 1978 and 1982.

The first TEPCO ad appeared on August 2, 1978, covering five bottom columns to advertise that TEPCO was steadily carrying out its plan to promote nuclear power generation.

In 1978 TEPCO aggressively approached Soka Gakkai and the Komei Party in a bid to get the Kashiwazaki Kariwa nuclear power plant (NPP), whose construction was approved in Sep. 1977, built at all costs in Niigata Prefecture to follow the Fukushima NPP.

From 1983 through 2010, TEPCO ran a new style ad in the form of a series for children “Let’s learn about electricity during summer holidays.” The series appeared for an average of 10 to 14 issues every summer. Seikyo Shimbun advertising bureau played a major role in producing the series, with TEPCO providing the information.

The installment dated August 29, 1983 was extraordinary. The article set the scene in which a mother and her child visit the Fukushima Daiichi NPP, which is the one involved in the March accident, and the Daini NPP. The mother asks, “Can it withstand an earthquake?” A TEPCO staff member answers, “The foundation of an atomic power plant is built on hard bedrock. At the Fukushima Daiichi NPP, a staff member working inside a nuclear reactor building says he did not feel the quake at all when the 1978 Earthquake off Miyagi occurred,” and notes how sturdy the structure is. Then the child says, “So we can take shelter in a NPP for safety when an earthquake occurs.”

The serial “summer study” article dated July 29, 1999 took the reader on a visit to the Fukushima Daiichi NPP Unit 3 reactor. The article says that the nuclear reactor is guarded by thick cement walls and that its exterior is further surrounded doubly and triply by protective walls to completely seal in radioactivity. The article concludes by saying that the visiting mother and child are convinced that there would be no leak of radioactivity outside in the event of an accident.

So far this year, the year of the Fukushima Daiichi NPP accident, there has been no joint Seikyo Shimbun-TEPCO series. Likewise, there has not been a single article in the newspaper expressing self-criticism for propagating the nuclear “safety myth.”

Former TEPCO president Tsunehisa Katsumata is an SGI member. Besides presiding over the Fukushima disaster, Katsumata was tied to the murder of his mistress Yasuko Watanabe. Of course, as a member of the SGI inner circle, he was never prosecuted.
http://finance.yahoo.com/news/3-ex-tepco-execs-face-113429790.html

Raytheon, BP and TEPCO are upfront about who and what they are. The people know that their motivation is profit, not people. SGI members and too many sociologists believe that Soka Gakkai's motivation is compassion and mercy. Careful consideration reveals that they too are more concerned with profit than people. Those who believe otherwise are as foolish as those who invested with Bernie Madoff.

"Utilizing" technologies not yet in existence:

TEPCO, the Soka Gakkai, and the Pepper Lunch scandal

Oh the lies of the Japanese New Komeito led government, Tepco, and IAEA

In the United States, the Kerr McGee nuclear processing plant [MOX fuel] in Cimarron Oklahoma was closed in 1975 [please remember Karen Silkwood]. It is still being cleaned up and it is a highly dangerous environment though it never had even close to a meltdown. They will be cleaning this plant up for another thirty or forty years. There is anecdotal evidence of a much higher cancer rate within twenty miles of the Kerr McGee plant, even today. They will never be able to clean up Fukushima which is ten billion times dirtier than the Kerr McGee site.

TEPCO and SGI featured in the Macy's Thanksgiving Day Parade: 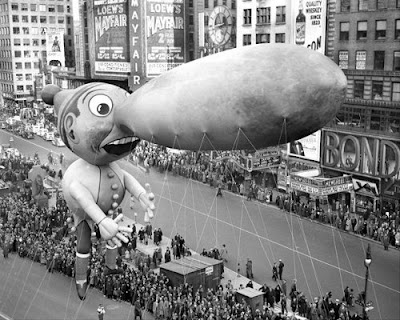 No problem. TEPCO is fully capable of decommissioning the plants without the worlds assistance. The New Komeito politicians and the Daimoku of Ikedaism will assure absolute victory.