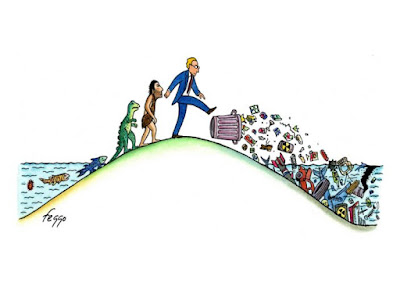 Posted by Mark Rogow at 10:08 PM No comments: Links to this post

https://www.theatlantic.com/international/archive/2020/03/india-coronavirus-covid19-narendra-modi/608896/
Posted by Mark Rogow at 9:39 PM No comments: Links to this post 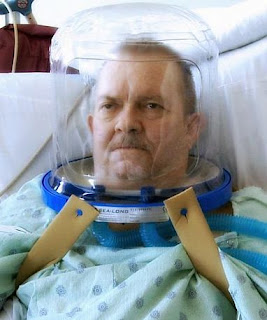 In moderate to severe cases of coronavirus ARDS, the patient is intubated and begun on CMV or continuous (or controlled) mandatory ventilation. This is a mode of mechanical ventilation that takes into account the ability (or lack thereof) of the patient to ventilate (patient's breathing effort). The machine takes over all breathing completely or it assists the patient depending on certain patient variables.* The volume of pure oxygen (or oxygen and air mixture) applied by the machine in each inspiration and expiration depends on the body weight, ideally begun at 6ml/kilogram, or 420 ml in a 70 kg person. The breathing rate is usually initially set at 10 breaths per minute.  Something called PEEP** or positive end expiratory pressure is also applied and Italian physicians recommend the lowest PEEP possible, usually 5cm H2O pressure. The patient is usually paralyzed and sedated., at least, initially. Despite physicians best efforts, 60% of those patient's with severe ARDS will die. When the patient is improving, the patient is weaned from the ventilator either/or by gradual reduction in pressure support or by means of a T-tube: 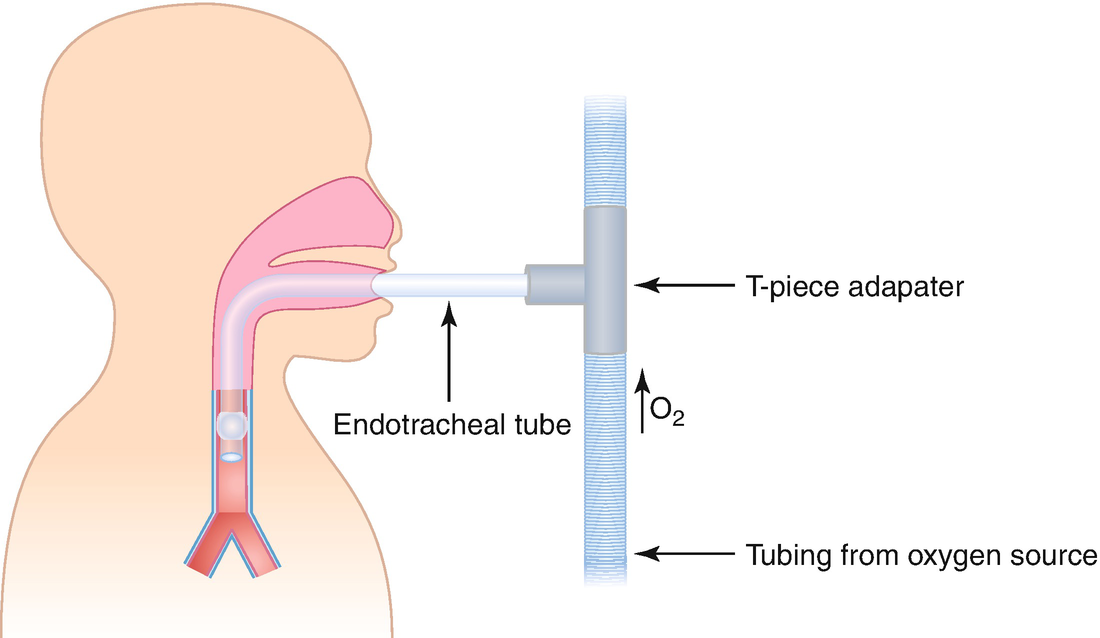 *The variables are the ability of the patient to ventilate and to tolerate the tube in his or her trachea. In a paralyzed or heavily sedated patient it will take over the breathing completely. In a patient who retains some ability to ventilate (breath in and out) it assists the patient by increasing the pressure of inspired breaths and the negative pressure of expired breaths to a set respiratory rate, usually 10 breaths per minute to start. The tidal volume mentioned previously is multiplied by the respiratory rate to give the minute volume or the volume of inspired and expired oxygen in one minute (initially 10 x 420ml or 4200 ml in a 70 kg person)

*PEEP: "Positive end-expiratory pressure is a therapeutic modality consisting in the active–interventional maintenance of a slightly positive pressure in the tracheobronchial tree during assisted pulmonary ventilation, such that alveoli (basic lung unit) are not allowed to completely collapse between breaths; PEEP is of greatest use in ARDS and generated by attaching an airflow threshold resistance device to the expiratory port of the non-rebreathing valve of a manual or mechanical ventilator, allowing a ↓ of airway pressure to a plateau level Conventional PEEP Pressure is maintained at 5-20 cm H2O; it is indicated where an inhaled oxygen fraction at 0.6 cannot maintain the PaO2 above 60 Torr High PEEP Pressure is maintained at 20-50 cm H2O; it is used for marked hypoxia, as may occur in severe pulmonary edema (not in ARDS)." - McGraw-Hill Concise Dictionary of Modern Medicine.

Posted by Mark Rogow at 6:59 PM 4 comments: Links to this post

Myoho renge kyo is the life of the Original Buddha

"Further, the Law of the Lotus Flower of the Sublime Dharma is the unchanging law which has existed in all its fullness from the beginningless beginning, the beginningless Most Distant Past. In other words, we may call it the Life of the Original Buddha of the Most Distant Past." -- The Tradition of Nichiren Doctrine by Tetsujo Kubota
Posted by Mark Rogow at 4:49 PM No comments: Links to this post 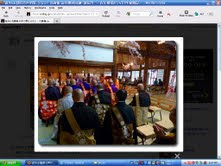 "If there are bhikshus, bhikshunis, upasikas, upasikas, who put forth coarse, evil words and blaspheme the True Dharma, and creating this grave karma, never repent and have no penitence in their minds.... in that True Dharma they never have the mind to guard, spare, erect or establish but disparage, attack, slight and belittle and have many errors and faults in their words.... these also one names, 'heading towards the way of the icchantikas.' Only excluding classes of icchantikas such as these, if one donates to the remaining ones, it is to be praised" (Great Parinirvana Sutra 10: T.12.425a-b).

"If they are blasphemers, one ought not to abide together with them and likewise not approach and be intimate with them; if one approaches and is intimate and abides together with them, at once one heads toward the Avici Hell" -- Jurinkyo Sutra (Sutra of Ten Wheels) "Chapter of the Multitude of Good Appearances" (T.13.704b, cited  at Nambu Rokuro dono gosho, STN, v. 1, 487; Chu Hokekyo, v. jo, 2-79).

"Although nourishing (yashinau) the monks of the various sects of the Tendai, Shingon, and others of the present age outwardly appears, indeed, to be good [karmic] roots, inwardly it is a great evil surpassing even the Ten Evils and Five Rebellious [Sins]" (Chie bokoku gosho, STN, v.2, 1130).

"Only one should exclude and put away the blasphemous offerings of those of the Shingon, Zen Sect, Nembutsu and so on. For example, they are like adhering to and reverencing the Emperor Shakra [King of the Devas or Gods] while exalting and esteeming the asuras [the enemies of the Gods]"(Jomyo shonin gohenji, STN, v. 2, 1300).
Posted by Mark Rogow at 4:47 PM No comments: Links to this post

Why does SGI disguise their internal conflicts in Japan, Singapore, Italy, Spain, Ghana, and Argentina?

‘For Marxists, consensus is a highly ideological concept used to perpetuate class rule by attempting to disguise the extent of conflict within society. The idea of consensus became associated with the debate about ‘the end of ideology’, and the supposed replacement of conflict about basic values and goals by harmony about the ends to be attained.” — Max Weber world renowned sociologist
Posted by Mark Rogow at 4:45 PM No comments: Links to this post

Let them earn their way through the world like the laymen and laywomen of the Buddha founded sect.
Posted by Mark Rogow at 4:44 PM No comments: Links to this post

In January 1972, the Soka Gakkai, at the request of its President, Mr. Daisaku Ikeda, filed several patent applications at the National Office of Industrial Property, concerning the trade mark “Namu Myoho Renge Kyo.” The publication, in the Official Journal of the Japanese filing of this mark, is dated June 20, 1974. Complaints were filed by organizations affiliated with the School Minobu and other Nichiren Shu affilliates who also recite Namu Myoho Renge Kyo, Rissho KOSEIKAI MYOCHIKAI Kyodan of Tokyo, the MYODOKAI Kyodan, DAIHEKIKAI Kyodan of Osaka. The approval was canceled on May 20, 1977. It's ‘worth noting that the Soka Gakkai filed 17 other brands “trademark” as “Shohondo”, “Dainippon Komeito,” “From Nichirenghe Zan”, the ancient name of Mount Fuji, etc..

Extracted from the French magazine “Le Bouddhisme de l’Ecole Fuji”, No. 17 December 1992 – Part following the No. 15, in turn, translated from “Nichiren Dai” – November 1992 (from a footnote on the page text of the 41 ° course held in the Great Hall of the Reading Taisekiji)

Questions for top SGI senior leaders: Why did SGI file a patent and trademark application for Namu Myoho renge kyo?  Why wasn't it granted?
Posted by Mark Rogow at 4:43 PM No comments: Links to this post

Ikeda proudly boasts that he never had any formal education. He was a graduate of “Toda University”. Toda taught him everything he ever needed to know, mathematics, history, business, sociology, science, literature, and the arts.

I say to you, his disciples, that you lack faith in the mentor. If you really had faith, you would forego college and would study the writings of Ikeda exclusively. You will learn everything you need to know about business, mathematics, literature, language, philosophy, science, music, engineering, and the arts. If you follow the mentor, you will be bestowed with awards and honors from ten thousand miles afar, become wealthy beyond your wildest dreams, and be revered as if you were Arhats possessing the six transcendental powers.

Now wake up. There is no power in the Soka Gakkai teachings. None.
Posted by Mark Rogow at 4:41 PM No comments: Links to this post

Hammered down or adorned with garlands

We are as diverse a group of individuals as those disciples of Nichiren during his lifetime. SGI leaders, on the other hand, are as uniform in their politics, their religious views, their mannerisms, the cadence of their speech, the uniformity of their teachings, their lack of tolerance for members who think out of the box, and [at one time], even their dress, facial hair, and the length of their hair [the men]. In the Lotus Sutra Buddhism of Nichiren Daishonin, the nail that stick up is adorned with garlands. In SGI, it is hammered down.
Posted by Mark Rogow at 4:39 PM No comments: Links to this post